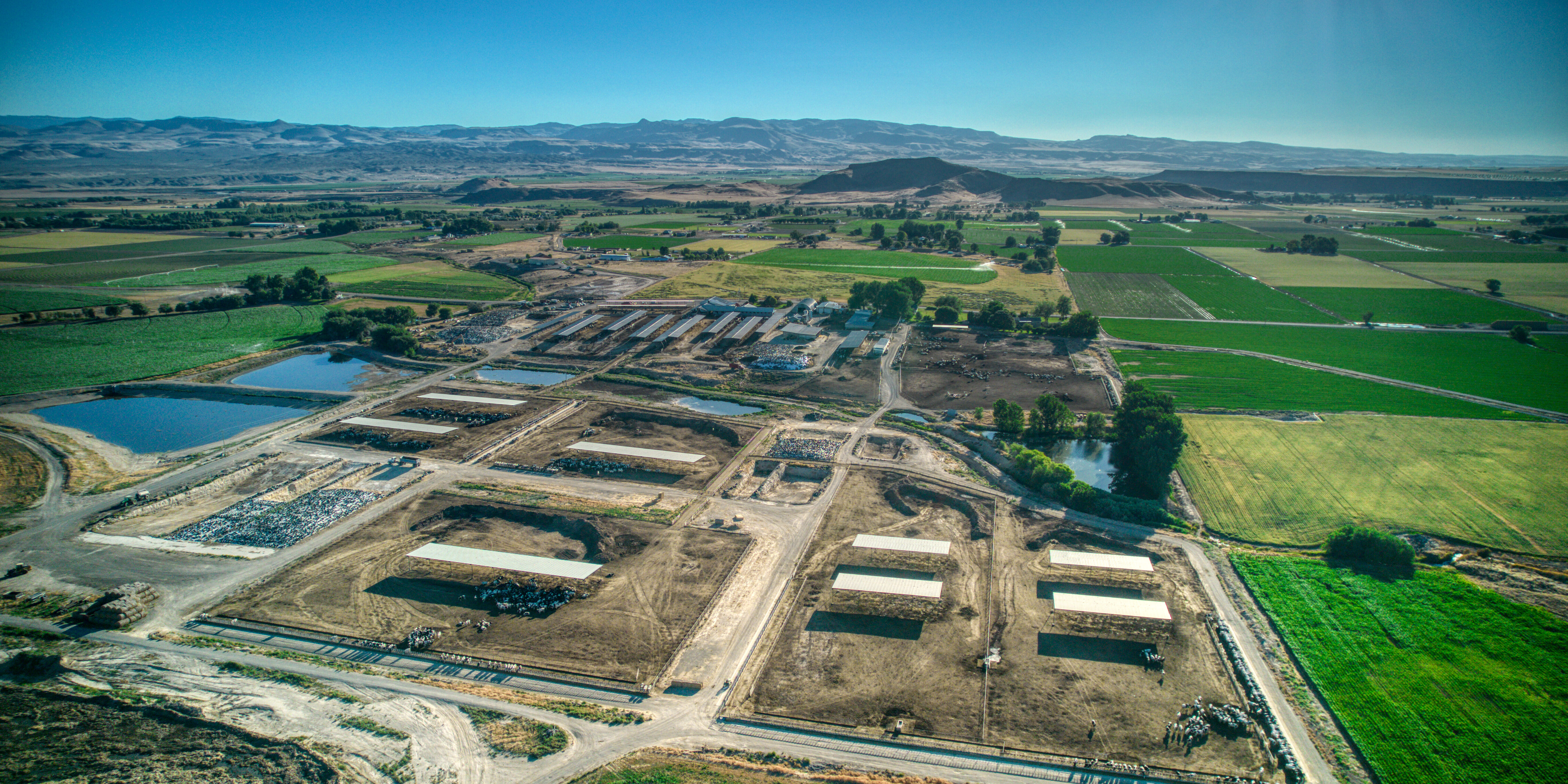 The Co-op Connection is a regular feature piece in our quarterly newsletter, Life in the Valley. In this article we feature a Valley Wide cooperative member who exemplifies what is means to be part of the co-op family. This article was featured in our Fall 2022 edition.

Melba, Idaho is not a place you arrive at by accident. Situated on the southern point of the Treasure Valley, Melba is an agricultural haven from the bustling city of Nampa. In this out-of-the-way place, Jerry and Mary Lou Tlucek started their farming operation. Named after the iconic river that weaves its way through Idaho, Snake River Dairies is a progressive, intergenerational operation that maintains its connection to its past.

Jerry started early in agriculture, knowing he always wanted to be a farmer. In high school, he purchased a 40-acre farm in Nampa where he raised hogs for his FFA project, milked his small herd of Gurseney cows, and custom farmed. He was the Idaho FFA State President from 1955-to 1956 and traveled to Europe as part of a United States agriculture delegation.

Mary Lou was no stranger to farming when she married Jerry. She says, “I grew up with five sisters and no brothers, and us girls did everything on the farm. We learned how to rake hay and drive tractors and milk cows, and we rode horses. We were all in 4-H too. They didn’t let girls in FFA back then though I always admired the organization.”

She continues, “Jerry lived east of Nampa, and we both went to the same high school, but he was far enough ahead of me that we never met in high school. We met was at a Guernsey’s club banquet where he happened to be the master of ceremonies that night.”

In 1960, young farmers Jerry and Mary Lou Tlucek left the relative comforts of their farms in Nampa, got married, and settled into what would become Snake River Dairies. Jerry and Mary Lou started with twenty Gurseny’s of Jerry, three of Mary Lou’s, and the twenty cows they bought with the place. Those forty-three cows and forty-some-odd acres would grow into 2200 cows and more than 3000 acres.

With the kind of dry humor, he is known for, Jerry says, “When I first drove down here to Melba, I thought, ‘oh God, it’s all just sagebrush, and it is clear out here.’” Regardless of the initial impression, Melba grew on him despite, or maybe because of the hard work.

When asked what it was like in the early days, Jerry said, “it was the pits.” Softening his dad’s answer, Jerry and Mary Lou’s son Kevin said, “It was just the two of them doing everything. I basically grew up in the milk barn. Mom milked the cows so that where I was at” Laughing, Mary Lou adds, “I did raise him in the barn, but I think he turned out just right.” Jerry adds in his usual candor, “It was difficult here; it was a lot of work, and early on, it was rarely pleasant”

Because of all that work, the operation grew, and by the 1970’s Snake River Dairies was one of the largest dairies in Idaho, with more than 1,500 cows. Today, they remain a significant player in the Idaho dairy community but have focused more on growing their farm ground to cow numbers. Kevin credits their ability to survive the lean times to his dad’s foresight in purchasing land. He says, “Dad always liked to farm more than he liked the cows, so he started purchasing farm ground when the professional opinion of the day was for dairies not to farm at all.” Today the Tlucek’s grow all their energy and forage needs, and that early decision to farm has paid off.

Alongside growing their farm ground to support the dairy, the Tlucek’s also have a thriving genomics program that they use to advance the genetic capacity of their herd and recently, to market their genetics. The engine behind the program, Kevin is humble about its success, ” It’s expensive and there is still debate about its profitability, but I’m convinced that for us it is profitable and an important tool for us to stay competitive and prosper.”

Kevin says, “Dad always felt like it was best to buy from a farmers co-op as long as they were run well and were competitive.” He says, “Other companies are in for a profit, which there’s nothing wrong with that. We all need to make a profit, but I think a well-run co-op run by farmers is a good place to do business. If the farmers, who are the owners, do well, the co-op does well, and when the co-op does well, they return some of the profit. It just makes sense for us to have our business in a place like that.” Current members of Valley Wide Cooperative and Valley Agronomics, the Tlucek’s membership goes back to the early 1970s when Producers Cooperatives first came to the area.

In the 1960s, Jerry and Mary Lou were also founding members of the Grade A Association. At that time, the Tlucek’s and a few other dairymen were concerned about their butter fat test, which seemed always to come up low. With that concern in mind, they banded together to form the Grade A Association. Jerry served on the board of directors for the Grade A and later the Mountain Empire Dairy Association for twenty years. Through a series of cooperative mergers, they became members of Dairy Farmers of America, the cooperative where they sell their milk today.

Future of the Farm

When asked what he liked most about farming, Kevin laughed and said, “I don’t know anything else.” He went on to say, “I guess part of it is being able to build something and see it to completion and plan and think about new stuff. I know you can do that in any line of work, but I think with farming, there’s more scope for it” For Mary Lou, farming is about family and passing down the operation to the next generation. Three of Kevin’s four children are involved in the operation, with his son Isaac intent on seeing the farm to the next generation.

For the aspiring farmer out there, like his son Isaac, the advice Kevin gives is to work in agriculture, for three or four years to get some experience and see if it’s a good fit. He says, “Many people from the outside see the upside to this lifestyle, but they often don’t see the, the commitment associated with it. It’s fulfilling work, but its hard work”.

The Tlucek’s also find pleasure in the aspect of farming that is simply producing food. Mary Lou says, “One of the best parts of farming is being part of the process that feeds people’s families.” Kevin says, “I think it’s a worthy thing that we do, providing food. I don’t know if we’re doing anything particularly well. We’re just trying to do things to stay competitive.” He goes on to say, “I think another thing I like about being a farmer is trying to produce the product for as low a price as possible; that’s how the capitalist system is supposed to work, you know? For us, that means genomics or buying ground or using old equipment instead of buying million-dollar equipment. We’ve stayed in business, so that attitude works”

Now, for Jerry, what he loves most about farming seems to contradict his early impression because he appears to have fallen in love with that sagebrush steppe he once called desolate. He says, “I love the outdoors and nature, whether on a river with a flyfishing pole or a swather here on the farm. I can’t imagine living any other way.”

Valley Wide Supplies Fuel to the only US Cobalt Mine
December 13, 2022