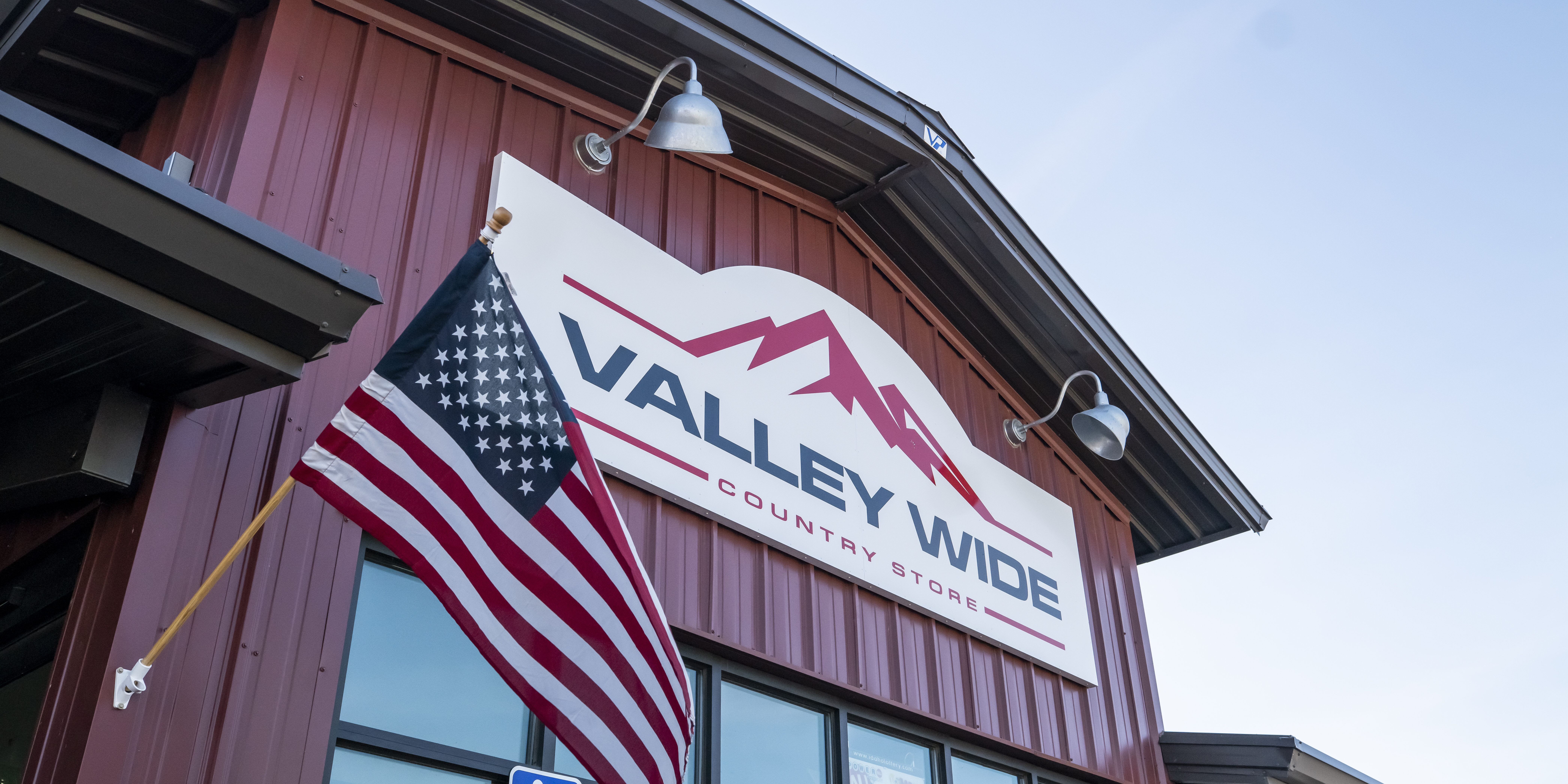 The Co-op Connection is a regular feature piece in our quarterly newsletter, Life in the Valley. In this article we feature a Valley Wide cooperative member and employees who exemplifies what is means to be part of the co-op family. This article was featured in our Winter 2022 edition.

Tucked between the Lemhi and the Beaverhead Mountains is the town of Salmon, Idaho, home to Valley Wide’s most remote country store and, lately, one of their fastest growing.

With the growth of the energy business and the longstanding agronomy business, the leadership team began to consider the possibility of a retail presence. After the paperwork was signed with the AmeriGas acquisition, energy site manager Jim McDonald invited the team to check out a truck stop owned by a local family that had recently come up for sale. Jim says of that time, “I told them I knew of a truck stop that was for sale too if they were interested. Straight from my office, we hoped in my pickup to meet with the current owners. Valley Wide owned it four months later.”

After the team, including CEO Dave Holtom and head of the energy division Greg Mapes, looked it over, they determined the location was great, along Highway 93. Yet, the building needed a complete overhaul to turn into the kind of trademark store Valley Wide was known for. The group took a little risk on the store and community, but it quickly paid dividends.

Jim McDonald took on the role of the store manager, a role he didn’t initially feel qualified for, but he has become the heart, boots on the ground, and voice of the store. Jim says, “Greg Mapes called me and said that they want me to manage the retail division and I, of course, shared my doubts with them, but you don’t say no to Greg very easily. It turned out to be great. It was just different. I had been in the propane business for 31 years. Well, damn, I was ready for a change.”

Demolition of the old truck stop started in late winter of 2018, and by Christmas 2019, they were in business. After construction was finished, the 12,000-square-foot country store included fuel pumps, a truck fueling island, a convenience store, a farm store, and a full-service deli.

Three years later, Jim is proud of what his team has built. Jim says, “It may sound corny to say, but I’m proud of this store. We’ve done well and grown. The store itself is clean and it is bright, and people want to come in and check things out. I always have people, even regulars, commenting on how they didn’t know we had this or that. I love it when I meet someone who says they’re just shopping around and looking. I always talk them into a cart, and usually, they need it.”

Store Management is a Team Effort

Jim credits his success to his leadership team inside the store. He says that a good manager doesn’t always have to be that good, but they’ve got to have good people under them. Pat Daniel is the Farm Store Lead and Jim’s right-hand man in the back of the store. The C-Store Lead is Kendra Pincock. Jim jokes that “If Kendra wasn’t around, you’d hear me crying.” Bobbie-Jo Hightower leads the deli, and Jim heaps praise on Bobbie-Jo, especially for her work over the last few months supporting the store’s latest effort to serve the growing mine industry in Salmon.

Late last year, Jervois Global started work on the Idaho Cobalt Operation, a cobalt mining venture near Salmon. As the largest truck stop in town, Valley Wide Country Store became the meeting place for employees to catch the shuttle to the mine site. Jim and the team decided to open for business starting a 5 a.m. to support the crews of mine employees leaving for work. The early start time means prepping and cooking at four each morning. Jim says, “We started opening early for the guys to come in and get their lunches and breakfast burritos to eat on the way up to the mine. The place is hopping at 5, but you could hear a pin-drop by 5:18.” During that quarter-hour, the c-store and deli average $65 per minute in sales, and some days the deli itself does $2,000 in sales.

Jim says, “I’ve got an agenda for everything I do in the store. One of those things is making it as easy as possible for the customers. Opening early for the mine employees is one of the ways we do that. The second is making it easy for my employees to do their job. With the team, I’ve got doing both isn’t as hard as it used to be”

Valley Wide is in the Community

Being raised in Salmon, Jim knows a thing or two about the community, and he seems to know just about everyone, well, except for the new folks moving in; he laughs and says, “Even if I don’t always love the growth, I am in favor of them doing business at Valley Wide.” Being part of a community and knowing the community is one of the things that separates Valley Wide from the competition, and you can see that played out in Salmon.

Recently Valley Wide sponsored the replay board at the local rodeo with one of the country store’s vendors, Tarter. Jim says, “It was a big deal to be featured that way and great exposure for Valley Wide. It was funny, though; people thanked me for the sponsorship like I wrote out the check.” Valley Wide Country store has been in Salmon since 2019, so it still feels a little new to the community, and as Jim says, “We aren’t the only business in town.” Despite competition from similar stores, Jim says, “We are big supporters of everything from fundraisers to the rodeo. We’re constantly donating to community organizations. We are a community player. And I think because of that, the community is rewarding us back by their patronage.”

Sometimes it’s the little things too. Jim regularly gives gift cards to the store to the high school principal and tells him to give them to students who need a little pick-me-up. He says the effort is twofold; first, he is glad to help a student in a little way, and second, he says, “I like to encourage the students to come to grab lunch at our deli during their lunch hour and a gift card is an easy way to do that.” The students at the high school are certainly becoming more familiar with Valley Wide, so the effort is paying off. In 2022 Valley Wide awarded standout student and graduate of Salmon High School Jaylee Morton one of their $2,000 Eric Beck Memorial Scholarships.

It’s about the People

Jim and his team in Salmon know it’s about the people: the membership, the customers, and the employees.

Jim says of his Convenience Store Lead, “Kendra doesn’t stand for anyone to be rude to the customers. She says, ‘These people are paying our salaries; they are the reason we are here.’ It can get stressful when you have a line full of customers waiting to check out, but she keeps her cool, insists her employee smile, and says thank you for your business every time.” That’s the attitude that keeps people coming back into the Salmon store every time.

It’s not just the country store that embodies that attitude. Salmon Valley Ag manager Jake Zollinger, Energy manager Jordan McComas, and Jim all work together to ensure the Salmon community is well taken care of by Valley Wide. As Jim says, “If they are upset at one of us, they are upset at all of us, and the reverse is just as true.” Jim says, “I talked about my leads and the other managers, but every one of the employees is just as important to our success as the highest paid.” At Salmon, they know that Valley Wide Cooperative is a family and a connection.

Valley Wide Supplies Fuel to the only US Cobalt Mine
December 13, 2022